Hi everyone!!
Today I thought I’d post about my trip to London because I don’t know if it’s just me or not but I’m definitely feeling the January Blues and a holiday is what I need.

In early December myself and my best friend Shawna headed off to London for a girly weekend. We had booked this back in September so we had been so excited since then. We thought we deserved a nice little get away to finish of the year because we had worked so hard throughout 2016 so it was the perfect way to finish it off. We booked our hotel through booking.com which was my first time to book anything on it and it worked out perfectly. I’d definitely use it again and recommend it to anyone. We stayed in a hotel situated on Old Kent road called the Eurotraveller premier inn. It was very basic but suited us perfectly as we done this trip on a budget.

Our closest underground was Elephant and Castle it was about a 15/20 minute walk away which wasn’t too bad. Our hotel was right beside some restaurants which were really lovely. We ate in a Mexican one of the nights and it was fab. They also had a cocktail deal 2 for £7 which was even better.
On the street we stayed on there was also a lovely little cafe called ozzies we ate here a few times and ordered a set 3 every time because it was really fab. There was also a Lidl close by which was quite handy and of course a dominos to cure them drunk food cravings. We were only in London for 3 days so it was a quick visit but we got a lot done.

Our flight arrived in London just before 10:30am so we had loads of time to get to our hotel and go adventure. We were in our hotel and everything just before 1pm so on the first day we stopped for some food (a set 3 to be exact) in ozzies cafe then headed on in to Westminster to see Big Ben and the London Eye. We walked around London for a bit before heading back to our hotel where we then went to a Mexican called costa azul and of course had a few drinks.

The next morning we got up early and headed to Victoria and of course we stopped for a Starbucks because it wouldn’t be us not to. After our Starbucks we walked around the streets of London and got to Buckingham palace where we stopped and took a few selfies because why not? We then walked around some more before heading to Hyde Park. Winter wonderland was on in Hyde Park while we were there so we decided to go in and have a look. It was magical from the moment we walked in. I had never been before but I think it’s my new favourite place. I definitely want to go again. It’s so Christmassy and festive. We got some churros off one of the stands and strolled around for a bit before playing some games and winning a few teddy bears. We then headed back towards our hotel and stopped off at Nando’s mostly because we adore the hummus starter from there. If you haven’t tried that starter I’d definitely recommend it you won’t regret it. After our Nando’s we then headed for a few drinks and enjoyed the night. 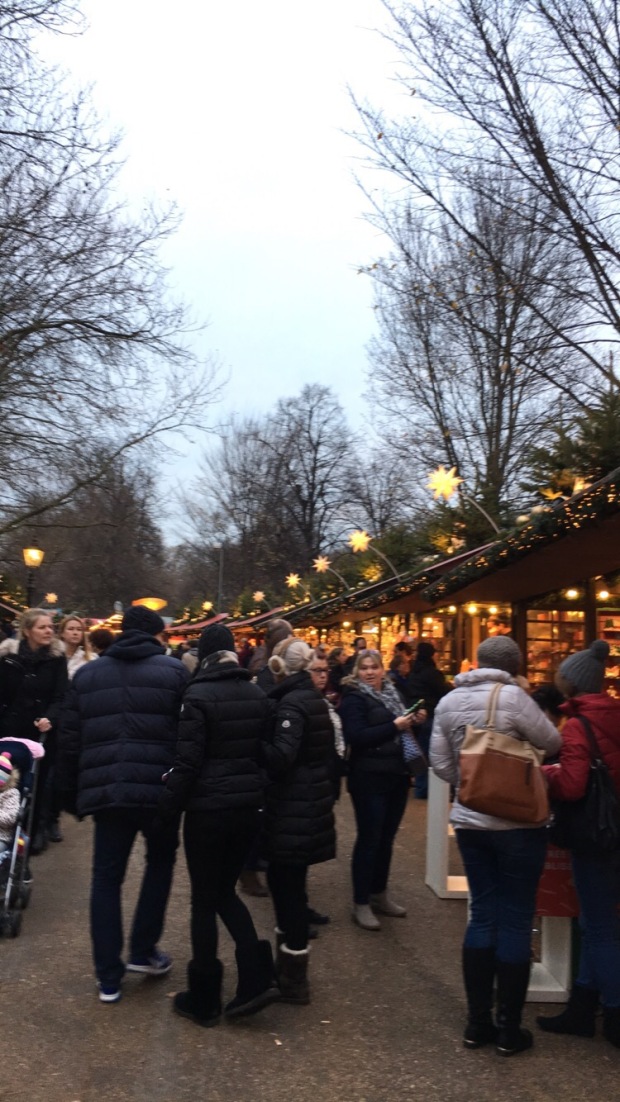 The next morning we got up packed our bags ready to leave, checked out and headed straight to ozzies cafe for the good oul set 3. We then headed to Camden Town where I met some of my family who live there and they kindly showed us around Camden. We stopped at the Camden markets as well and bought some goodies to bring home. We finished of the day in a pub called the Ice Bar before heading to the airport for our flight home. Our flight wasn’t until 10pm that night so we had loads of time to do some last minute bits.

It was a great trip one that I’ll always remember. We did so much in the few days we were there. I haven’t even included it all but these are just some of my highlights I thought I’d share with you all. I think that everyone in life needs a travel buddy to go and adventure to new places with now and then. Also it’s great being able to travel with your best friend and make lots of memories to last a life time.

Hope you all enjoyed today’s post also please make sure to follow my pal Shawna on Instagram where she posts all about healthy food and wellbeing. @shawzie4real
Much Love

If you have any suggestions on where we should travel to next please leave them in the comments!!